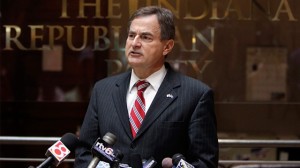 Here’s the deal, I don’t normally get into political debates. However, this issue sparked a milieu of idiocracy throughout society, which happened to spill over to Facebook and other platforms. Indiana Senate candidate Richard Mourdock stated, “God intended” pregnancies, which would happen as a direct result from rape.

Now, I am not coming to the defense of a misguided and theologically incorrect individual, however when this statement hit the airwaves people went bananas. I read post and heard things such as, “This God is evil if His plan includes intentionally raping women,” to “God is a mean God who intends rape and that’s why I refuse to follow this Christian God,” and “God must be a rapist and a criminal if He ordains rape.”

People, we are talking about the ramblings of a senate candidate who clearly does not have a clue regarding the concept of who God is!

In the first place, there is a difference between “intends” and allows. Those who are aware of the God of the Bible realize His plan allows humanity to have a certain little fringe benefit called “free-will”. That free will is what we, and the senate candidate from Indiana, mistaken as an intention.

Thus, the question at hand is; would it be in God’s plan to allow pregnancy as a result from a violent crime such as rape? Unless you have heavenly knowledge of Gods ethereal plan, that question is unanswerable.

Why does a loving God ordain war, hate and retaliation (yes folks it is in your Bible, read your Old Testament)? Why does a God who creates man (humanity) after his image does so by creating a frail body and creates it in a fashion, which it is susceptible to disease and longevity? Why, is the eternal question?

God allows events to take place and we do not have the answer to the big question — why? That’s what burns us, and that’s what causes segregation among church, state, science, and society. If we did have the answers… who would need a God?

There’s no surprise Indiana Senate candidate Richard Mourdock makes foolish public statements and tarnishes his candidacy, but then again, Presidential Republican candidate Mitt Romney came running to the defense of Mr. Mourdock and Romney says he will continue to back his pal, despite the outrage from the public over the Senate candidate’s poor choice of words.

Perhaps this is an indication of one time when God should have been more of a before thought than an afterthought and the concept of “God allows” vs. “God intends” and free-will as opposed to pro-choice should have been considered. Then again, that would take effort and I do not think there would be much controversy or news coverage over a politically correct religious reference in today’s multi-sensitive non-discriminatory socially acceptable culture. In this case, the wrong choice of words just may have been the perfect choice, after all, it did get people like Mourdock and Romney noticed and a whole lot of people talking about God!

This has been a… View From My Loft

As always, Dane Ladwig is just an email away: authordaneallenladwig@gmail.com